The Making of An Englishman

This exhibition seeks to celebrate the life and work of German émigré artist Fred Uhlman (1901-1985) whilst reflecting on universal themes such as identity and migration within the context of one of the most turbulent periods in European and world history.

It includes paintings and drawings dating from 1928 to 1971 such as early impressions of life in Paris, drawings executed whilst in internment on the Isle of Man during the Second World War and the later Welsh landscapes for which he became well known as well as previously unseen archive material.

A number of items from Uhlman’s 72 piece collection of African sculpture are included in this exhibition, in addition to a larger selection on permanent display at the Hatton. 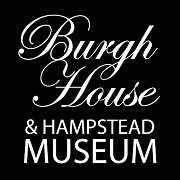