Featuring works by Richard Hamilton, Roy Lichtenstein and Andy Warhol, among others 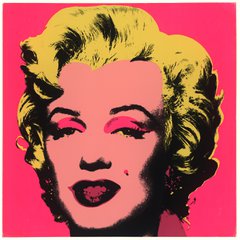 Print Goes Pop is the latest in a series of Pop Art-themed exhibitions at the Hatton, which has strong links with the art movement of the 1950s and 60s.

This exhibition will expand on stories told in Pioneers of Pop, which was exhibited at the Gallery in 2017, but will focus on the screenprinting method that was popular with artists at that time. Artists began using screenprinting, a stencil-based printmaking method, in the 1930s, but it became particularly popular with the rise of Pop Art.

During the 1960s, ‘Pop’ artists such as Richard Hamilton, Andy Warhol and Roy Lichtenstein embraced the technique to make vibrant large-scale prints using imagery from popular culture. The exhibition will also explore how the technique has been used in innovative ways by leading artists that weren’t considered ‘Pop’ artists, such as Gillian Ayres and Bridget Riley.

Some of the best-known works in the exhibition are Richard Hamilton’s My Marilyn, which will be shown alongside several works from Andy Warhol’s Marilyn series, and Roy Lichtenstein’s Brushstrokes.

Another highlight of the exhibition is a group of 18 works from Eduardo Paolozzi’s Bunk! series, which is rarely exhibited in such large numbers. Less familiar artists, such as Corita Kent and Parviz Tanavoli, help to diversify the story of how artists have worked creatively with the screenprinting method.

The exhibition is curated by Hatton Gallery, and combines loans from the Arts Council Collection, Tate and the V&A with rarely seen works from the Hatton Gallery and Laing Art Gallery collections. 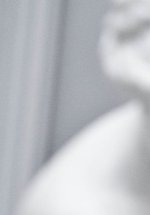 An exhibition displaying over fifty works from the Hatton collection